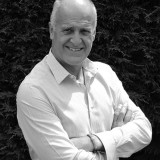 By Neil Ask us a question

The Problem of Ethics over Polyethylene

According to researchers, an estimated 500 million plant pots and seed trays are sold in the UK every year – to about 27 million gardeners – and it’s perhaps not shocking to learn that two thirds of these pots, that’s about 340 million, end up in landfill or incinerators.

Those are huge numbers and although the likes of the RHS and HTA have admirably invested in many schemes and research to help confront and reduce this figure, the reality is, they are still a long way off making an effective dent in it yet.

The myriad problems are only exasperated by some of the challenges consumers have with re-use and UK council recycling policies varying wildly from county to county.

So, new ideas of containers and packaging without any plastics are the way forward and great strides have been made with sustainable mediums such as Coir, Hemp and Bamboo.

With the catastrophic effects of this years’ pandemic running through communities’ work and personal lives, one of the more positive results (depending on which way you look at it) is the emergence and progression of online businesses.

Above both France and Germany, the UK has the highest number of E-shoppers as a percentage of population in Europe and internet retail sales have grown to 32.5% of total (normal) retail sales in May this year alone. That’s a massive increase! Further-more stats from Retail Gazette show 75% of shoppers are modifying their buying behaviour due to ethical concerns; and that generally means sustainability.

With groups such as the HTA and RHS committed to finding plastic alternative solutions for the normal (bricks and mortar) retail market, companies like Fencor Packaging are concentrating on the growing internet or Ecommerce retail market.

Working with established horticultural B2B and B2Ccompanies, Fencor Packaging have developed a number of sustainable and recyclable solutions notably in the small live plant sector.

Previously, an established system of plastic moulds were used to hold plant plugs within despatch boxes before being sent out around the country but the Fencor Packaging design engineers came up with a card alternative which is coated to allow for storage and transportation times.

The coated corrugated card is creased and folded within a larger structure to make sure the plug doesn’t move in transport but the real test, apart from sustainability and recycling, is in the packing process by the staff. Any difficulties in assembly would result in time lost and money wasted, so the designs were stringently tested on live packing lines as well as through various transportation methods.

One thing that all Ecommerce businesses are learning about is the ‘WOW’ factor that has become a YouTube phenomenon over the last few years. The ‘Unboxing’ of products is seen to be the new digital ‘in-store experience’ and the majority of that experience is given through branding messages on the packaging both internally and externally. And packaging that is made of card is far easier and more economical to print on than plastic moulds. Other industries like the drinks sector have embraced this opportunity to market to a more concerned public and innovations like six pack beer can holders which have historically been plastic rings are now starting to emerge with card alternatives.

The marketing side of sales is a major battlefield, even more so now than ever before. To seriously compete you need every marketing weapon available to you… and sustainable, recyclable, branded packaging is a great weapon to have in your arsenal.

So, in conclusion, we should all be working together, locally and globally, bringing our niche expertise to the table to stamp out plastics as much as possible. The aim of this should be for better, more sustainable working processes, better sales and marketing and perhaps more importantly, for a healthier future and a cleaner planet.

As a group marketing manager, Neil has experience from both the B2B and B2C sectors in various industries from Beauty and HiFi to Spirit Drinks and Packaging as well as direct branding experience through two design agencies.

Do you have any questions?

How e-commerce is changing the way businesses approach packaging 

Is Your Packaging A Sales Tool?

We use cookies on our website to give you the most relevant experience by remembering your preferences and repeat visits. By clicking “Accept All”, you consent to the use of ALL the cookies. However, you may visit "Cookie Settings" to provide a controlled consent.
Cookie SettingsAccept All
Manage consent

This website uses cookies to improve your experience while you navigate through the website. Out of these, the cookies that are categorized as necessary are stored on your browser as they are essential for the working of basic functionalities of the website. We also use third-party cookies that help us analyze and understand how you use this website. These cookies will be stored in your browser only with your consent. You also have the option to opt-out of these cookies. But opting out of some of these cookies may affect your browsing experience.
Necessary Always Enabled
Necessary cookies are absolutely essential for the website to function properly. These cookies ensure basic functionalities and security features of the website, anonymously.
Functional
Functional cookies help to perform certain functionalities like sharing the content of the website on social media platforms, collect feedbacks, and other third-party features.
Performance
Performance cookies are used to understand and analyze the key performance indexes of the website which helps in delivering a better user experience for the visitors.
Analytics
Analytical cookies are used to understand how visitors interact with the website. These cookies help provide information on metrics the number of visitors, bounce rate, traffic source, etc.
Advertisement
Advertisement cookies are used to provide visitors with relevant ads and marketing campaigns. These cookies track visitors across websites and collect information to provide customized ads.
Others
Other uncategorized cookies are those that are being analyzed and have not been classified into a category as yet.
SAVE & ACCEPT